Home Archives Profile Subscribe
My Meeting Notes, Week of June 27, 2022 (with musings and meanderings)
Making a ‘Great Name’ for Oneself: Part 1

The Normalization of the F-Bomb

And no, I’m not worried about bad associations spoiling useful habits. “Pass the f-n salt, please,” I said at the family dinner.  (Not hardly. Not yet. Not never, assuming I don’t make a practice of watching such shows.)

Too bad, really, because it’s otherwise not a bad show, as cop shows go. I can even put up with ‘a little bit of poison,’ to use the expression. I’m not so sure I want to chug it by the vatful however. Sheesh!

And to think I took Pops to the movies 15 years ago and he objected to the cursing—cursing that wasn’t one tenth as bad but was still novel for him. (And no—he was not a religious man.)

The gallery: “I hope you don’t get taken out into the virtual back room.”

I’m not all that worried. Obviously, bad words are things to avoid. They have a corrosive effect, and I do avoid them, save for when the jacked-up car slips off and lands on my foot. But there is the type of person who would never ever use a swear word and points to that abstinence as ‘Exhibit A’ in his claims to be a Christian. Would that it was so simple.

After all, if upbraided, I could always point to the elder who said, ‘S**t!’ after smacking into my car when it was in the turnaround spot he didn’t expect it to be while backing up. He apologized. “Don’t worry about it,” I told him, ‘that’s what bumpers are for.”

***More from the gallery: “I have a 6 year old grand daughter that uses it frequently in conversation. Unbelievable!”

“I have a little story from a number of years back. When my little buddy (my dog) and I were walking through the park by my place one fine summer day, we were walking behind two girls. They were late teens, early twenties. Between the F-bombs, and the word "like," for the life of me I had no idea what they were talking about. No clue how they knew either! Amazing in it's own way.”

“I remember a couple of (fleshly) brothers that I used to run into occasionally at lunch time that worked in another body shop across the street from the one I worked in at the time.  I wasn't a Witness then & I definitely wasn't a goody two-shoes, but those guys embarrassed me with the flood of 4 letter words that came out of there mouths.  I don't believe they could say 3 words w/o one of them being f---.  Now adays, a lot of TV shows and movies are almost as bad as those brothers were.  We will, quite often, quit a program after a few minutes into it because of that.”

“You have to switch off the TV. Personally I think it is used to fill up space in modern films instead of pithy dialogue. If you took away the f__ words used those 90 minute films would likely only last around 40 minutes.”

We’ve come a long way from the days where moviemakers were allowed one F-bomb to avoid a no-no rating. ‘Make it count, son’ moviemakers would say as they maneuvered so that F-bomb would be the crescendo of the film. Maybe it is still that way, but it doesn’t matter. A torrent of entertainment venues have arisen that don’t give a hoot about what the rating police want. 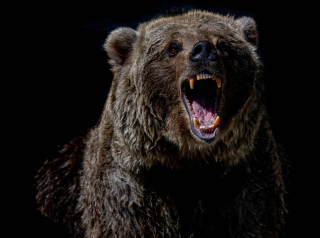 And to think that, as a boy, I was on the beach with my family, surrounded by other families with beach towels, umbrellas, and picnic baskets. A group of teens passed by. One of them uttered the S-word. My dad rose like a grizzly bear. “Hey! There’s decent families here! Watch your mouths!” They may have made fun of him, but not until they were very far away.