How Many Are the Cows?

Our chum watched the video of Olivia being mocked by classmates. It would never happen that way, she said.  Why not? we asked. Things aren’t that bad?

They wouldn’t ridicule her like that. They’d beat her up in the bathroom instead, she said.

I do remember being guest at the home of some friends where the daughter matter-of-factly spoke of how at the school she used to attend girls would attack each other with box-cutters. They liked to sneak up on unsuspecting ones, preferring to disfigure the face.

We had no idea.

Not to say this would happen everywhere.. I think it would not. We once lived where there was a gritty school system. Long ago, I wrote of how the departing school superintendent was interviewed by local media about his tenure. This fellow was hailed as a superstar when he arrived, one sure to raise the sinking ship. He left in short order for greener pastures.

He answered his interviewer with a bewildering set of buzzwords. Not to fear, I wrote. The skilled interpreter of ‘Educatese’ has no difficulty comprehending the underlying message: Don’t expect any changes in your lifetime.

It was prophetic. Here we are decades later and there have been no changes. Well—that’s not technically correct. Things have gotten worse.  The SEC recently launched an investigation into that District’s internal finances. How often does THAT happen? And the education of the kids? Sigh…Fuhgeddaboudit.

We didn’t want to leave the area at the time, even though we have since. We figured we’d homeschool the kids. No regrets, though it does put you out of sync with the agencies. Even before school, we went through all the Glenn Doman number cards with our babies, I am convinced to good effect—and even in the event it was not it was fun and took almost no time.

At one point, following a Doman cue, we asked our infant to pick up the placard that was 57, as opposed to 56 and 58, dots all mixed up with no underlying pattern—the number written on the back so you would know. Instantly he did. But Doman said you can’t do it twice; infants get bored and they will not do it for show. Sure enough, when we tried again, he would not.

Coincidence? Dunno. It was a one out of three chance, after all, so coincidence is certainly possible.  But he reached for it instantly, with no hesitation at all.

The point was, in building your baby’s ‘better’ brain (Yikes!—Building Back Better) 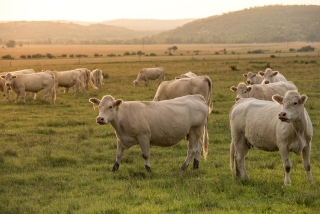 that if you see 3 or 4 cows in the field you instantly read them for their true number, but at some point you must start counting, 1…2…3…4…5…. The idea with the flash cards for an infant’s rapidly expanding brain was that you could push way up that point at which you had to start counting; that it could take in 56 at a glance. Doman’s flash cards went up to 100.

Davey-the-Kid went after that system with an almost missionary zeal that embarrassed him later. He was there, all right, at that pricey weeklong seminar in Philly (where I wan’t). ‘How’s field service?’ Ernie asked him over the phone but he replied he hadn’t gone out in service. “How’s the meetings?” Ernie asked but he replied he hadn’t been to any. “Did you pray?” Ernie said in mock exasperation.

We’re talking about the guy who installed a 3 foot swimming pool in his heated basement so he could teach his baby to swim, another thing that was all the rage. Davey passed away some years ago, but his son is still with us. Come to think of it, if you asked me whether or not the kid can swim, I’d draw a blank.