At The New System Dinner Table: Part 4–The Return of ‘Normal’

It almost seems as though when the ‘New System Dinner Roundtable’ discussion presented at the Regional was first envisioned, the one [s?] writing it imagined the pandemic was the straw that broke the camel’s back. Recounting travails of the old system, one bro at the table recalls when the pandemic broke out “and the world turned upside down.”

It may well be the straw that hobbled the camel, but its back appears not yet broken. Is it going out too much on a limb to observe that the return of door-to-door sets some aback, as though they never anticipated that development? I had thought so myself—while witnessing in some form would continue, no doubt, wouldn’t Covid forever make people recoil as strangers approach their door? Well, maybe you could get around it by carrying a mask and offering to don it for any finicky person, I had reasoned, but there doesn’t even seem to be that concern anymore. Too soon to tell yet how many don masks and how many don’t.

Now the work returns that many were thinking was gone for good. Fair to say that enthusiasm is mixed at best? I mean, we’re Jehovah’s Witnesses, and witnessing is what we do. Everyone knows that. But it’s not the easiest work in the world to do; everyone knows that too. That’s why I wrote up a sample presentation, to both shore up others and myself. Many thought when the pandemic turned the world upside down, it would stay turned upside down—like what Cameron said about an honest politician: when he is bought, he stays bought.

‘Make sure to listen to radio such-and-such at 10:35,’ one bro told me. Some local spokesman is going to be interviewed about the return of door-to-door. I said I would. In fact I would have liked to but it occurred to me later that I no longer have a radio; everything is streaming these days. Probably there is some fancy-pants way of streaming radio but I don’t have that set up. Of course, the cars have radios, but the one in the dog’s car doesn’t work. My wife is off in cart work with the other one.*

What I’m a little worried about is that the bro is going to lay it on thick about how loving it was to abstain from door to door so as not to kill the householder with Covid and laudably obey government guidelines but now it’s ‘been there, done that,’ in the same way that we used to explain at length our former loving provision to do letters and phone calls. He might even say how the development is ‘historic.’ Look, everyone thinks what is front and center on their plate is front and center on that of others, but it generally isn’t that way. A presentation in the school led with the householder observing she hasn’t seen Jehovah’s Witnesses door-to-door in a while, which gave the student opportunity to explain all the above. I haven’t been out yet but I suspect most people will hardly have noticed. If anyone does mention it to me, I’ll say, ‘Yeah, we didn’t do that during Covid but now we are.’ [Edit: Yikes—now I learn it is not some local bro at all but Bro Hendricks from HQ. He’ll do fine, I’m sure.] [Further edit: He did.]

The ‘pandemic that turned the world upside down’ video may yet be vindicated. I’m not assuming it’s a paper tiger. But from being turned upside down it kept turning and continues to do so. Too soon to tell just when it stops.

*Not only does the radio in the dog’s car not work, but the whole ‘entertainment system’ is gone! The reason it is gone is that the car battery began draining 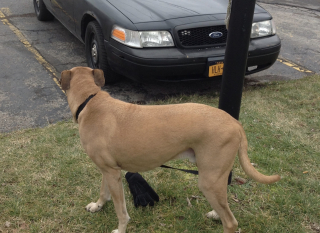 overnight and the auxiliary package module (I may not be saying this right) was found to be the culprit. Fix it, I told my mechanic. But he said the new module would have to be ‘programmed into the car’ and he didn’t think the dealer would tell him the code. Pull the fuse then, I said, and all kinds of things don’t work now, but nothing safety related, only convenience related. When I broke down later and took it to the dealer, tired of not being entertained by my entertainment system, surprisingly it did not cost me a million dollars but only a little more than a hundred. But I think they did no more than stick a fuse back in it, even though I told them not to do that, for in a few months the problem returned. But the dog subsequently died, so it no longer cares about if he is entertained or not. This was the same dog that if you ran over the grooved pavement separating lanes, making vibration, it would climb between the front seats and sit on my wife’s lap for reassurance. With it gone, and I do miss him, I may even give the car a thorough scrubbing and vacuuming so that it once again becomes a people car, albeit a people car minus an entertainment system.

To be continued here…

I appreciated your sample conversation.

[Reply: Hope it works for you.]