Home Archives Profile Subscribe
Meeting Notes & etc: Week of August 31, 2022
Gibbon: The Decline and Fall of the Roman Empire. Why the Fall?

At the New System Dinner Table: Part 5–Sticking to Script

The former guard regales his tablemates with how he became a disciple. ‘With Jehovah’s help and the patience of these good people [pass the Bible chips, please] I was baptized before the start of the great tribulation.’

Can you believe it?—Ensconced in his Zoom couch, Oscar Oxgoad appends to the remark, “but it really sucked for those who were only in the middle of their baptism questions!"

HQ is locked into that big book they follow. “Baptism, which corresponds to [the ark, in which you had to be on it to survive]  is also now saving you,” says 1 Peter 3:21. They can’t just blow past that verse as though it was nothing. If any of them harbor secret thoughts that God will go all-softy at the last moment like in Nineveh they must keep that to themselves.

It is a consequence of taking ‘knowledge by revelation’—not personal revelation but the revelation coming from God’s communication with us, the Bible. They can’t go ‘empirical evidence’ that God has gone all-softy in the past so maybe he will this time too. They can’t tell him what to do. It’s all very nice to say when individually queried about whether this or that person will make it through Armegeddon, “Well, I’m not Jesus and I don’t know,” but in your video you have to be bound by 1 Peter.

It’s a little like when Bro Morris related at the Atlanta Regional how he desperately needed to have cash on hand by a certain date, that such cash was contingent on the sale of his house, and said house wasn’t selling. “It’s getting a little tight, here,” he related how he had looked heavenward, but then added, “He’s God. He can do what he likes.” Per this theory, God apparently gave him a break, for it did sell at the last second. Relieved, Morris streamlined a few procedures. The buyer commented, ‘It isn’t usually done that way,’ and he retorted, ‘It is today.’

Same here. God gave those Ninevites a pass when they shaped up with seconds to go, but you can’t tell him he must repeat the procedure. He’s God. He can do what he likes and he doesn’t spill on every little thing.

Oscar Oxgoad giving me a hard time over this! And to think his brother Ozzie gives me a hard time the other way! “In my opinion, things will have to reach a point where world powers (or whoever) is seconds away from pushing the nuclear button, and at that point Jehovah will step in to prevent the earth from blowing up,” he says.

Oh yeah, I answered. And the clock will read 666 instead of 007 and the big fried thug will be the one with his horns stuck in the bars. Background music yet to be determined. An original song yet to be composed, no doubt. 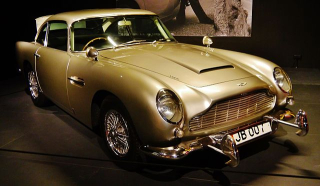