Gibbon: Decline and Fall—Why the Fall? Part 2–a take on Psalm 2

From Part 1: “Anti-cultists in particular build upon the notion that it is wrong to depart from the mainstream of rule by human efforts. Any serious consideration of a ‘God’s kingdom’ that calls the shots is disagreeable to them and, they would have you believe, also to you. The human experiment of self-rule is what must consume people. It’s wrong to sit it out, they maintain.”

The cacophony of ‘cult’ accusations over the past 20 years helps to understand Psalm 2. It’s a little hard to understand otherwise, though I’ve tried. I used to play with Psalm 2 in service, observing that nations today are not in agreement on anything, but there is one thing upon which they do agree:

“The kings of the earth take their stand And high officials gather together as one Against Jehovah and against his anointed one.” (Psalm 2:2)

They’re all united in that. They can’t stand Jehovah and his anointed one. But in what practical way is that loathing manifested?

“They say: ‘Let us tear off their shackles And throw off their ropes!’” (vs 3)

It’s not at all clear how that applies—until one considers accusations from the anti-cultists. Service to that ‘cult’ that is the Jehovah’s Witness organization, they say, ‘shackles’ a person. But those anti-cultists would work to ‘free’ them from that ‘bondage’—‘throw off their ropes.’

Their underhanded doings are disguised as efforts to ‘help’ individual Witnesses, freeing them. In Russia, Dvorkin charges that Jehovah’s Witnesses are a “rather oppressive cult which violates the rights of its members, abuses people, and . . . often ruins their lives . . . They deprive them of normal human existence [and] deprive people of normal social life.” (the quotation included in chapter 18 of Don’t Know Why)

It’s crazy talk. Witnesses do the only thing reasonable people can be expected to do: they don’t understand it, at least not at first. But, crazy or not, this kind of reasoning is all the rage today among those who point the ‘cult’ finger.

There must have been similar accusations made toward Christian’s in the first century, for Paul feels obliged to push back at them. “We have wronged no one, we have corrupted no one, we have taken advantage of no one. (2 Corinthians 7:2) Why would he write such except to counter charges that they had?

“Jehovah will extend the scepter of your power out of Zion, saying: ‘Go subduing in the midst of your enemies. 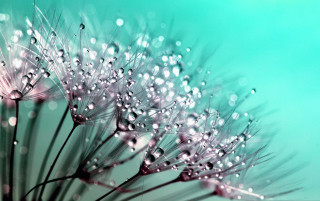 Your people will offer themselves willingly on the day of your military force. In splendid holiness, from the womb of the dawn, You have your company of young men just like dewdrops.’” Psalm 110:2-3

‘They’re our dewdrops, dammit, not yours! You can’t have them!’ fume ‘the nations’ as their “peoples [keep] muttering an empty thing?” (Back to Ps 2:1) The ‘empty thing,’ the Research Guide’ points out, and it makes perfect sense, has to do with their sovereignty. Humans can rule the earth their way. They do know what is good and bad, just like the god of this system of things said: “For God knows that in the very day you eat from it, your eyes will be opened and you will be like God, knowing good and bad.” (Gen 3:5) They don’t need no stinkin ‘God’s kingdom’ to put them in ‘shackles’ and ‘ropes’ with its own notions of what is good and bad.

This thinking puts pressure on Witnesses everywhere. Paul writes Timothy to “urge that supplications, prayers, intercessions, and thanksgiving be made concerning all sorts of men, concerning kings and all those who are in high positions, so that we may go on leading a calm and quiet life with complete godly devotion and seriousness.” (1 Tim 2:1-2) That sounds reasonable. If you keep out of the king’s way, obey all his laws, and never speak ill of him, won’t he leave you alone?

Increasingly he will not. It is not enough to not pull against him. He requires you pull for him. Thus, Christian ‘neutrality’ is increasingly not tolerated in ‘authoritarian countries.’ But it also starts to come under fire in more democratic countries too. There you don’t have to pull for the king. You can pull against him if you want. You can pull for his opponent. But you have to pull for someone! If you don’t, you are part of a weird cult and come under fire for not serving the purpose of the greater god of this system of things who champions human rule in all of its manifestations, not just those of authoritarian kings but also of those ‘kings’ who acquiesce to sharing power with the clay of the more democratic governments.