Home Archives Profile Subscribe
At the New System Dinner Table: Part 5–Sticking to Script
“If They are From […….] They Will Eventually Ask for Money.” Part 3

Gibbon: The Decline and Fall of the Roman Empire. Why the Fall?

The speaker Sunday quoted Edward Gibbon (The Decline and Fall of the Roman Empire) on the peaceful nature of the first-century Christians:

“It was impossible that the Christians, without renouncing a more sacred duty, could assume the character of soldiers, of magistrates, or of princes,” Gibbon wrote. I included that and three similar quotations in I Don’t Know Why We Persecute Jehovah’s Witnesses: Searching for the Why in the Statecraft chapter. I chatted up the speaker after the program and he had about fifteen such quotes.

What he did not say is that Gibbon did not admire Christians for their course, as the out-of-context quote might suggest. It was not a plus for him, as it is for us. It was a minus. It is what he holds largely responsible for the decline and fall of the Roman Empire, that innovative development of human rule he champions and is sorry to see go.

Here are the other three quotes presented in Don’t Know Why:

“A careful review of all the information available goes to show that, until the time of Marcus Aurelius [121-180 C.E.], no Christian became a soldier; and no soldier, after becoming a Christian, remained in military service.” (Barnes: The Rise of Christianity),. “It will be seen presently that the evidence for the existence of a single Christian soldier between 60 and about 165 A.D. is exceedingly slight. . . . Up to the reign of Marcus Aurelius at least, no Christian would become a soldier after his baptism.” (Cadoux: The Early Church and the World). “The behavior of the Christians was very different from that of the Romans . . . Since Christ had preached peace, they refused to become soldiers.” (Platt & Drummond: Our World Through the Ages)

They’re not positives for Gibbon. They’re negatives. They sap the will of the country. Let people drop out and who’s going to fight for the Fatherland? Notice that Gibbon goes the farthest in uncovering what Christians would not do. It’s not just soldiering they abstained from. He extends their abstinence to being “magistrates” or “princes.” It ruined the Empire, he says, to have vast swaths of people turn their attention elsewhere, consumed no longer with the nature of the king but with the nature of God and Christ and of the interplay between them. They weren’t taking a stand against the government. They weren’t refusing to obey it laws—in fact, they were pretty good at obeying laws and not stirring up mischief. But they weren’t pulling for the then system-of-things, and this is what Gibbon laments. Rome would in time encounter invaders whose people were 100% behind the cause of human rule (theirs), and then it was goodby for Rome.

So Gibbon didn’t like Christianity. It torpedoed what he thought was the grander project of an innovative system of human rule. Of course, it soon morphed (apostatized) to become less of what he did not like to embrace more of what he did like. In time and by degrees, Christians veered from staying ‘no part of the world’ to decide that they were the ones to fix the world by any means possible. If political maneuvering and wars were among those means possible, so be it. Constantine converted to morphed Christianity, transformed it from persecuted minority to in-time persecuting majority. He did not get baptized until on his deathbed, after he got all that warring out of his system, so even then was the notion that Christians renounce the violence of the age. It was common at the time, says J. Rufus Fears (below), for persons to postpone baptism till the last moment and undergo it as a sort of final cleansing act—a far cry from churches in the present day who perform it on babies as a sort of introductory cleansing act. 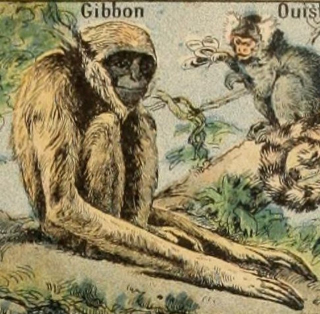 Gibbon’s condemnation of Christianity is found to various degrees in countries of the here and now. Western ones, by and large, allow religion to be religion. They grant freedom of worship as a fundamental right. But other governments are more machiavellian. Yes, you can have your religion, they say, but religion must know its place. It must not only be subservient to ruling powers, but must advocate for them. For many human governments, and many students of human government, it is not ‘he who is not against us is for us.’ It is ‘he who is not for us is against us.’ Anti-cultists in particular build upon the notion that it is wrong to depart from the mainstream of rule by human efforts. Any serious consideration of a ‘God’s kingdom’ that calls the shots is disagreeable to them and, they would have you believe, to you. The human experiment of self-rule is what must consume people. It’s wrong to sit it out, they maintain,