Home Archives Profile Subscribe
“If They are From […….] They Will Eventually Ask for Money.” Part 3
Gibbon: Decline and Fall—Why the Fall? Part 2–a take on Psalm 2

WatchtowerStudy: The Kingdom Is in Place!

Theme scripture: “The kingdom of the world has become the Kingdom of our Lord and of his Christ.”​—REV. 11:15.

Para 2: Once you have put the puzzle together and replicated the picture on the box cover, you’re pretty much immune to someone coming along and saying, ‘you put it together wrong.’

Para 7, it makes perfect sense, the one bro says, that an incoming government will first get it own act together, show some out the door, then assemble its own cabinet to govern effectively.

Para 10: For most of human history governments did whatever they wanted and there was not a thing you could do about it. That’s why likened to heavens, they rain, burn, freeze,  not a thing you can do about it. But now it is possible to grab the wheel, It is intoxicating to people. Avert this disaster, but only to veer into another one.

Para 11: You would think that as humankind develops and improves, with govt by the people, it would come up with some firm alloy to base the statue upon. Instead it comes up with this cruddy mixture of iron and clay, unstable as all get-out, says one bro.

Para 14: Under divine inspiration, the apostle John saw in vision a prostitute, “Babylon the Great,” which symbolizes the world empire of false religion

Take a wife and you do not expect her to become a prostitute. Yet that can be said of Babylon the Great, which should be faithful to god, but instead forgets all about god if need be to nuzzle up with the commanding rulers of the earth.

It is an unusual video, unsettling, as though suggesting the lack of trust pornography sows in a marriage—suspicion that falls short of certainty but spoils closeness just because it is suspicion:

Spending some time online over who is and who is not an “election denier”. Hoo boy. Now I’m going to join some chums and go out and try to reason with some kingdom deniers.

“For nothing they say can be trusted; Within them is nothing but malice; Their throat is an open grave”

Imagine how an open grave smells after a week or two,

And the weight of the gold that came to Solomon…666 talents of gold…200 large shields of alloyed gold…300 bucklers of alloyed gold…throne and overlaid it with refined gold…drinking vessels of gold, utensils of pure gold.” 1 Kings10
(even Dined at the Golden Corral) 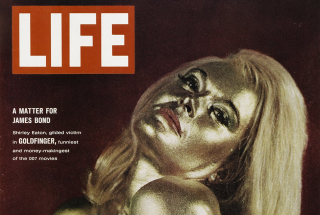 What can I say? The guy had a thing for the ladies.

(Actually, huge harems were common at that time/place. You’d marry your daughter to the king just to get in good with him. Pity the poor women, who would rarely see the guy & must live nearly celebrate.)

Ha! My wife loves the Psalms, as do I. Much there for deep reflection. But when she first read them as a child, she thought, “Man—this guy whines a lot.” 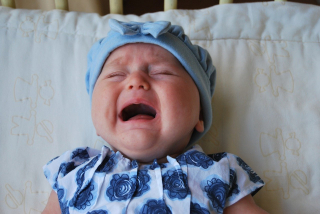 Maybe 1 Kings 9:13 can be adapted to territory assignments. If you look one over and it just doesn’t do it for you, you can say, “What sort of territory is this that you have given me, my brother?”

“You made him a little lower than godlike ones…crowned him with glory and splendor…gave him dominion over the works of your hands; You have put everything under his feet. (Ps 8:5-6)

And you don’t think when inspection comes, verdict will be, ‘Yeah, and they screwed it all up!”

Dreams are nothing but trouble. I wonder if there are people who knock it out of the park in their dreams. Not many, I think. Most often they are vaguely, or even intensely, disquieting. If you have public speaking in your background, you dream of suddenly remembering you’re up next but haven’t prepared and in fact are in your underwear. If you were self-employed, you dream of how for some strange reason you haven’t billed your customer in years yet still must work. Too late to change the routine now, you say.

Oh for crying out loud. Continuing to transcribe my Civil War book. Word stars out Fanny, Hooker, Dix, and of course Negro. So much for my attempts to be an historian.

Then Jesus went on to say . . . “If you remain in my word, you are really my disciples” (John 8;31)  For the longest time I thought if you can show you are like first century Christians, you are golden anywhere. It took a while to realize many think religion should evolve, move on, not stay stuck in the past.

[reply: they are random. It’s a catchall of everything thunk the past week—put them in one place so they are there if I ever need them again.]