Home Archives Profile Subscribe
A Review of ‘Judging Jehovah’s Witnesses:’ Part 2 (Resolving Matters the Next Time Around)
The Instant Answer of Sunday’s Watchtower and What to do About Adam and Eve

The speaker spun a riddle the answer to which was ‘koala.’ Nobody got it and he apologized for his “low koality” riddle. Had he added a few ‘action’ hints, such as ‘eats eucalyptus leaves,’ instead of just general description adjectives that apply to many animals, doubtless the solution would have presented itself at once. 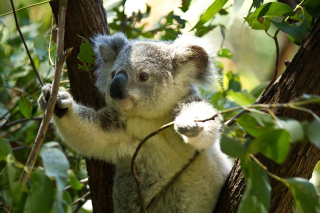 He applied his low koality riddle, which could have been high koality had he but included action hints, to faith. Faith also is made manifest by actions. Without them it is hard to say if it is real or not.

He considered why God wants us to have faith and boiled it down to three factors that benefit us. It puts our minds at ease over past sins, since a ‘clean conscience is the best pillow.’ It calms anxieties over worsening world conditions. And it provides comfort when someone we love dies.

He tied in PTSD, observing that it was once supposed only a consequence of war or terrible violence but is now recognized as a possible consequence to enduring any traumatic experience. Think of it as a “normal reaction to an abnormal experience.” Adapting to a pandemic might so qualify, he said.

It occurred to me as very slick that with the pandemic shutting down Kingdom Halls, a circumstance most disquieting, within the week it was announced that meetings would continue as before, only on “Zoom rooms.” Zoom rooms—it rhymes. Did someone play with Geo Jackson’s words briefly that not only does Jehovah do things but he does them “with style?”

Coming to the role of the faithful and discreet slave as well as appointed elders, he pointed out that their perceived full-time role was not that of teachers, or judges, though they do both of that on occasion, but that of shepherds. “Pay attention to yourselves and to all the flock, among which the holy spirit has appointed you overseers, to shepherd the congregation of God, which he purchased with the blood of his own Son.” Their role is that of full time guardians or watchman. If it seems nannying or overprotective at times (my thought, not his), that’s why. Since the flock was purchased with the blood of God’s Son, they don’t want to be lackadaisical over their job

Isn’t Bro Morris the one who said, ‘the more prestigious the university, the greater the contamination?’ (words to that effect, if not verbatim)

When I mentioned to the prior CO about college, he answered how in his previous well-to-do circuit, out of 100 that had gone to college after high school, only a small handful remained in the truth. I might have thoughts on how to mitigate that damage; still, the bare facts don’t speak well for faith thriving in the higher education environment.