Home Archives Profile Subscribe
My Meeting Notes (and Stray Thoughts): Week of September 19, 2022
A Review of Psalm 10: “This Guy Whines too Much?” Or Just the Right Amount?

Like a cult leader looking on in dismay as his sheep scatter, Frankfurter saw his eight to one majority opinion slamming Jehovah’s Witnesses morph into a three to six minority opinion in just three years. He didn’t take it well. Drawing on World War II lingo, he began to refer to the flipflopping three as ‘the Axis.’ (Pg 238) He was “livid” over their defection and appended an “angry” marginal note to his own records. (the author’s words both, from ‘Judging Jehovah’s Witnesses.’) His biographer opines he “prepared for the reversal [of Gobitis] as a proud but doomed gunfighter would approach his final shootout.”

Proud, angry, livid—none of those words will get you in good with the Universal Court of Appeals. Nor do dire warnings of doom help one’s cause: “The stability and credibility of the Court were undoubtedly shaken,” Frankfurter suggested, when justices like Black, Douglas, and Murphy ignore precident and disavowed a ruling they had enthusiastically supported just a few years earlier.” (pg 257)

They hadn’t ‘enthusiastically supported’ it. They’d been bullied. (see prior post) Adding insult to injury, the new six-to-three majority “ridiculed Frankfurter’s suggestion that flag-salute requirements were crucial to the preservation of national security.” (Peters— p235) And—rub it in why don’t you?—the six-to-three reversal of Gobitis was announced on June 4, 1943—Flag Day, as though to affirm that the flag stands for more than just blindly saluting it whenever some man tells you to, and to rebuke those who would claim otherwise.

(Plainly, three flipflopping justices does not account for eight to one becoming three to six. Two other Justices had retired in the interim, two replacements coming on board.)

Writing the majority opinion in Gobitis, Justice Frankfurter was now charged with writing the minority opinion. He pulled out all the stops, much to the dismay of colleagues, who thought his dissent far too personal, even playing the R-card (religion): “One who belongs to the most vilified and persecuted minority in history is not likely to be insensitive to the freedoms guaranteed by our Constitution,” he opened, as he went on to reaffirm his original view.

Yet even here one can be selective in what one focuses upon. He might have drawn upon the fact that, whereas his minority was suffering horribly in the German concentration camps at that time, so were Jehovah’s Witnesses. Moreover, none of Jehovah’s Witnesses had put his people in those camps, yet here he was sitting with fellow justices—Roman Catholic and Protestant background alike—whose fellow religious members had!

If we look for pithy observations of the difference between Jehovah’s Witnesses and greater society, the preceding just may be one of them. To Witness, their worship is everything, and it is axiomatic that their faith will make them unified—all one body, though in many members, says Paul. To those of the greater religious world it is rarely that way. Religion to them is at most a molding force to them, seldom a dominant one, and the notion that religious members should act in a unified way is too bizarre to merit serious consideration. 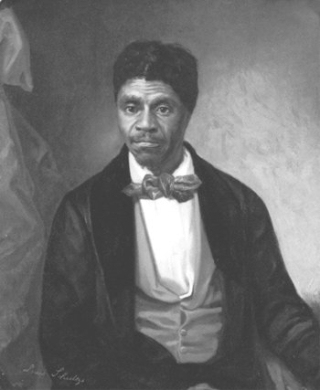 Gobitis decision to the horrendous Dred Scott decision of 1857 that prioritized the interests of slaveholders over slaves even in free states. It’s a statement of Covington but, judging from contemporary press and legal review, it is a statement most others would acquiesce to. I wonder if Covington knew, or if Peters in quoting him, that Justice Frankfurter had also had called it “one of the Court’s great self-inflicted wounds”* before himself going on to inflict another—and then go down in flames defending that infliction.

The tests facing those determined to worship God change. Within the month I have spoken to someone who as a boy recalls getting beat up for not saluting the flag. I also spoke with a Witness teenager who classmates have made it their “purpose in life” (her words) that she should start vaping. Flag-salute is a complete non-issue for her. Could it be, as Witness opponents might assert, that members refusal to salute has cascaded into the gross disrespect shown the flag today?

I think not. Two years after Gobitis, the American Legion (relentless instigators of Witness persecution) sponsored Public Law 623, which codified flag-salute protocol into what Witnesses had said all along they had no objection to. Though hand-over-heart was preferred, replacing the stiff-armed Nazi-like salute, standing in silence in “respectful attention” appeared to be enough. (pg 246) Witnesses were willing to do that then. They do it now. Meanwhile, the overall world has gone from outright worship of the flag to wearing it for bandanas and underwear. Even driveway ‘patriots’ leave their flags exposed to the elements where it is torn into shreds.