Home Archives Profile Subscribe
My Meeting Notes & Misc Thoughts: Week of Oct 24, 2022, BR 1 Kings 1-2
Psalm 11: What Are the Foundations that Are Torn Down?

Come on Everybody—Clap Your Hands: Psalm 30

Whoa. Footnote on this leads to a 1962 Watchtower article on dancing. In it is quoted this 1961 New York Times article:

“CAFÉ society, having ignored rock ’n’ roll for years, has suddenly, by an apparent process of mass hypnosis, embraced the teen-age craze. The elite of the social set and celebrities of show business have discovered a sensuous dance called the Twist, performed to rock ‘n’ roll, and are wallowing in it like converts to a new brand of voodoo.”

“Come on everybody, clap your hands! Ah, you're lookin' good! I'm gonna sing my song. It won't take long. We're gonna do the twist and it goes like this...”

Chubby Checker—and you know he just called himself that because Fats Domino was already taken.

***“The White House firmly denied today that President Kennedy or anyone else danced ‘the Twist’ at a party there.” (New York Times, November 15, 1961) 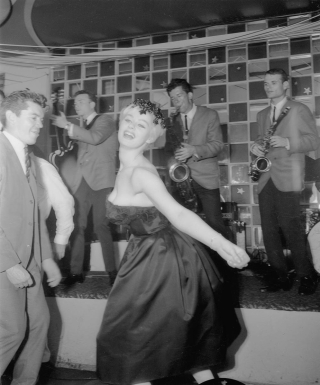 An exhaustive article, mainly on whether you should do the Twist or not, appears here in 1962. It’s not that Witnesses took a firm stance on it—so what else is new?—it’s that the overall world, as represented by NWT and Newsweek, also did. The Times even felt obliged to point out that Kennedy wasn’t doing the Twist, so shocking was the notion, so detrimental to the well-being on the nation’s youth. It calls to mind a circuit overseer saying, ‘50 years ago the difference between Jehovah’s Witnesses and the world in general was doctrinal, not moral.’

This was before the Beatles—the British group that upended society. Their signature long hair inspired others (like me) to do the same. My ‘long hair’ was outlandishly short by today’s reckoning, yet my dad had a fit. He’d been brought up on the farm where you shear animals. He would pick up a pair of barber clippers and would do the same with his kids. Typical of my haircuts was a complete buzz cut, save for a little tuft of hair front and center, like a hood ornament.

Yet, some thought the Beatles a step up from the ‘decadence’ of the Twist. Their first song (in the US—it was different overseas) was “I Want to Hold Your Hand.” See? apologists said. That’s all they want to do—not like that bad Twist.