Home Archives Profile Subscribe
The Changing Face of the Public Ministry
An organization that says “there is neither Jew nor Greek, there is neither slave nor freeman, there is neither male nor female” (Galatians 3:28) might not feel compelled to include a member of each in order to prove their ‘diversity’ to an irreve

“Travel is like a box of chocolates,” Forrest Gump would have said had he thought of it. “You never know what you’ll get.” A road-guide for those who aren't fussy on range or who love the people, places, and things of New York, PA, and a smattering of elsewheres. Chat up new people, see new things, explore new paths, think new thoughts, and spin new stories. Do history, concerts, and car shows.

Sigh—as always, it took some time to get the bugs out. As always, I said, ‘There! Perfect!’ only to find it was far from perfect.

You could even call it a guide to informal witnessing. Few chapters are without reference to spiritual things, in the way I wish there was more of—seamlessly weaving the secular with the spiritual, rather than speaking, as it were, in two separate modes, ‘normal talk’ and ‘witnessing talk’—almost as though two languages.

It is also the first book that I can freely gift to friends without fear any reactionary ones will suppose I am ‘trying to make a name for myself.’ It is the first book entirely non-controversial. Only TTvtA is actually controversial, to my mind, but to some of our people even a defense of Jehovah’s people is suspect because it admits to criticisms against them—other than the ‘safe’ ones we acknowledge: rebuffing the holidays, denying the trinity, and abstaining from blood. 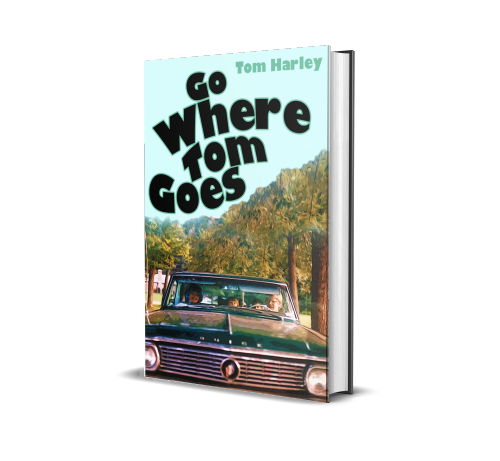 None of it here. Go Where Tom Goes is just the pure pleasure of going to new places, seeing new things, and chatting up new people. I even dropped the subheading, ‘Think What Tom Thinks’ You don’t have to. The book even has a shameless lie. Since it is a compilation of spruced up posts spanning several years, the introduction admits you might go to a given destination and find things not just so. However, they would doubtless be minor points—a new building here, an out-of-business enterprise there. Instead, my southernmost chapter, Fort Myers Beach, barely exists today. The wharf my wife and I strolled several times was completely demolished by Hurricane Ian.