The Changing Face of the Public Ministry

As much as one likes the idea of cart witnessing—let people look you over and approach as interested—if you do it too much it can mess you up—make you rusty at conversation. It’s great as a spice, not so much as a main course.

It’s a little like when I worked help desk for a startup DSL.* Nothing about the service worked. The goal was to have no one on hold more than 30 seconds. The first day it was almost 3 hours. Eventually, if was discovered that a handful of questions could be answered very quickly, and so if you had a gatekeeper to answer these quickies, sending others into the endless queue, it would overall speed up things.

I volunteered to be the gatekeeper. I’d ask callers upfront whether their problem was easy or hard—did it fall into certain categories. If is was easy, I’d answer it. If they tried to sneak a hard one in the fast lane, I’d say, ‘No can do,’ and toss them into purgatory.

The upside was that it worked. The downside was gradual but insidious—I forgot how to do the hard questions! So watch out if specializing in carts. They’re fine as an alternative ministry. But when they become the mainstay, you forget how to speak—or at least I would. Probably you will not.

That is even more the case with the huge new pandemic-started push toward letter writing. They’re okay, but do it too much . . . Many during the pandemic wrote letter after letter and never received a single reply. It doesn’t work for me. I need feedback. So, drawbacks and all, I explored what could be done on social media where you get instant feedback.

Things change. Even in things I like, things change. There’s no sense in saying ‘Why are the old days better than the present ones?’ That only marks you as an old buzzard. Get in the spirit of the new. Alas, I find it a little hard to team up with someone who prefers solid door-to-door uninterrupted by breaks. Everyone knows the experience of showing up for service and, for various reasons, getting not too much accomplished. I get jealous of my time as I get older—and I am starting to get up there. I want as much bang for the buck as I can get. One CO, understandably trying to encourage those whose strength is waning, said, “Always work at the pace of the slowest publisher.” “Brother CO,” I did not say but thought of it, “you have no idea how slow we can go!”

I’ve team up with a brother my age and we do two hours of straight door to door. He’s different from me but we work well together. We will do what the Watchtower says about offering encouragement to our companion. “Try not to screw this one up like you did that last door,” he says to me or I to him. He’s chatty, often triggers, ‘Get to the point!’ warnings, which have little effect on him, until he at last gets to the point with, “Would you like to live forever?” I steel myself, yet he’s doing essentially what we’re encouraged to do, asking such open ended questions. If he makes it past that steel moment, he does well. People gauge him and decide he is harmless, friendly, certainly well-meaning, and nice conversations take place.

If you don’t like those steel moments where you don’t know if you will get over the hump or not—not at all a concern for extroverts but very much a concern for introverts like me, you devise such a method as I have here:

It works well for me. What’s as important, it eliminates awkwardness. Do you think I can get anyone to adopt it? Publishers continue to ask total strangers, point blank, if they would like to live forever. It’s like at a pioneer school when the circuit overseer observed that inserting the question ‘How do you feel about the Bible’ made for a good transition. Most used it just that way, as a transition once conversation was rolling. But a few asked people point blank, “How do you feel about the Bible?”

In this la-di-dah area we’ve been working, 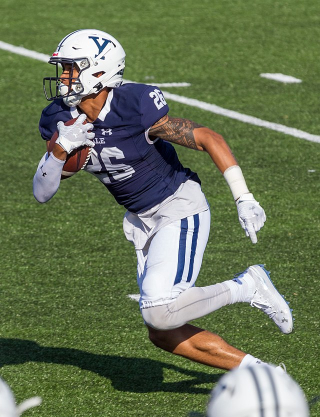 we pass strollers on the public sidewalk. They see us two miles off and steal themselves to barge through as though a linebacker. My chum tries to waylay them in chat they were hoping to avoid. Sometimes if I’m in the lead I head him off, saying “You look like people who want to talk about the Bible!” So plain is it that they do not want this that they sometimes burst out laughing, and then you know if you can go anywhere or not.

Again, you don’t cry that things are not as they used to be. You’re doing scripture with that advice: ‘Do not say, “Why were the former days better than these?’ for it is not out of wisdom that you ask this.” (Ecclesiastes 7:10)

Okay. I won’t carry on about how back in my day, if we wanted to talk to someone we called the common phone number and asked for whom we wanted. And don’t get me going on how if we wanted to change the channel, we didn’t just push the remote—we walked to that set, even if it was clear across the room! (“What’s a channel?” Oscar Oxgoad’s twirpy kid says, who streams everything off the internet.)

Who can say why they have changed or if that change is for better or worse? One reason duties ‘lighten’ for regular pioneers to 90 hours, then 70, then 30 for auxiliary during certain months (‘I’m holding out for 10’ I tell people) then (for regular again) whatever you want, then just conversing with people is enough, irrespective of jamming in Bible texts, evidently with the presumption of ‘out of the heart’s abundance, the mouth will speak’—is that the brothers don’t want to pile on the pressure. Life for most is much more stressful than prior days. The brothers express appreciation for what the friends do and try to go the way that Rehoboam was advised to go but didn’t.

**I was granted unusual freeness of speech at that help desk. Or at least I took it and no one ever called me on it. When one woman threatened to quit the service I told her she might have to. It’s a new technology, I told her, it’s all driven by Wall Street. They want to see long subscriber lists. “That’s why when you tell of service that doesn’t work, they throw in free additional months of service [that also won’t work].” I left out only the bracketed part.

The job burned me out in fairly short order, even though I was the first one to succeed in getting a caller through his ‘self-install’ problem. He, a lawyer, was amazed (and so was I) when he followed my instruction and the service began working. Months later, he called back and I recognized his voice and situation. ‘Oh, you’re the lawyer,’ I said. ‘Well, I’m a lawyer,’ he replied, as he must have wondered just how many customers we had.

I’m always nice to phone support people, no matter how frustrating is communication with them. It’s a holdover of my own support days, which didn’t last too long.