The Making of Faith

Tom ‘wanted to believe in God but became disillusioned with religion.’ Studying the Bible led him to hope, he says. How can you not like a guy named Tom?

He is the one who studied for the priesthood, then counseled alcoholic priests, then dropped out entirely to become a ‘question authority’ professor, then came across Jehovah’s Witnesses. The one who studied with him related his intimidation at engaging with such a credentialed fellow, said, ‘I hear you have some questions,’ and Tom dumped a ton of them on his lap.

Tom was impressed that the answer to each question came straight from the Bible. Isn’t that the telling factor? It accounts for those verses on how God draws some but not others. It just intuitively resonated that the answers he sought should come from God, not men.

It made instant sense to him that a book—which everyone can read, as opposed to someone’s ‘personal revelation,’ which they cannot —would be the way God communicates with us. He had to satisfy himself that the Bible truly was what it claimed to be, of course, but he would have lapped up the evidence, not resisted it. He had had it up to here with vacillating human wisdom.

At the same Kingdom Hall meeting in which that video played, John 8:31 came up. “If you remain in my word, you are really my disciples,” Jesus said. 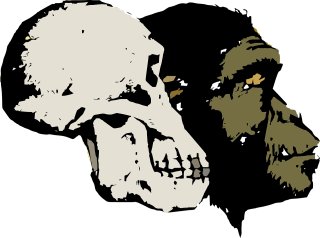 Seems a no-brainer for Witnesses (and for Tom). But for much of the world it not only is not a no-brainer, it comes across as reactionary. Steeped in humanistic, evolutionary thinking, they expect religion to fall into step, to ‘move on’ and not to be ‘stuck in the past.’ You should not ‘remain’ anywhere, even in ‘my word’—unless that word says ‘Go with the flow.’

Usually Jehovah’s Witnesses think that if they can demonstrate they’re doing something like it was done in the first century, they’re golden. With some, they are. With Tom, they were. But much of the world supposes it pathetic that one hasn’t ‘kept up’ with the times. The pull is between a heartfelt sense that God should call the shots versus a heartfelt sense that humans should call them. Reaction to that ‘remain in my word’ saying of Jesus says it all in a nutshell.

Though, the first of all questions that impressed Tom because it was addressed from the Bible was, ‘How does your organization handle child sexual abuse?’ Okay, ‘got it’ that there is recognition that such issues exist, but does the Bible specifically say anything at all about it?—other than it’s a particularly perverted ‘pornea,’ so throw the bum out (1 Corinthians) but if he snivels long enough in repentance ‘don’t let him become swallowed up with sadness.’ (2 Corinthians). It was necessary to step out from strictly Bible verse to tighten up policies too loose for today’s times.

I wrote something similar in TrueTom vs the Apostates. Opponents will grudgingly acknowledge that Watchtower child abuse policies have improved, particularly with the study article that stipulated the reproach falls upon the abuser, not the congregation, but they will say, ‘It’s because we twisted their arm.’ They will demand ‘credit.’ Give it to them, so far as I am concerned. Everything in life is action/reaction, and here their carrying on did indeed result in better policies.

‘Can anything good come out of Apostareth?’ Now that their efforts have contributed to positive change, will they return to the fold? Maybe—though you know how it is with ‘activists’—they thereafter want to be seen as ‘key players.’ But for the most part not even that. Many are on a mission to destroy. It’s our horror that anyone would willingly leave the truth that leads to an almost superstition over apostates which does not always serve us well. Malcontents are everywhere in every venue. Is it not a little naive to suppose we would not get scads of them too?

“Dumbing Down” the Spiritual Food—Say Goodbye to ‘Wicked Was the Word!’

Continue reading "“Dumbing Down” the Spiritual Food—Say Goodbye to ‘Wicked Was the Word!’" »

Lies and Distortion of Facts

They didn’t just say lies in that November 2019 Watchtower. They said lies and distortion of facts.

Is it outright lies that we deal with here? Not so much. Is it distortion of fact? For the most part, yes.

”Distortion of fact” encompasses a lot and much of what it encompasses is in the eye of the beholder. If a point, in the overall scheme of things, is really quite insignificant, and it is made to seem all-important, is that not a distortion of fact?

Suppose the spies that I have sent report back to me with a dossier of George’s private life that includes a few exasperating habits of his—like nose-picking. Suppose too that he has had one of two regretful episodes in his life that he would rather not broadcast. Suppose that he flunked out of a school or was fired from a job. Suppose he made a few judgments as family head that blew up in his face—not only his face but the faces of those in his family. Suppose he let down brothers in the congregation at one time or another, and even stumbled one or two.

Now suppose with my voluminous commenting privileges I never again focus upon anything other than one or all of these blunders, and I dismiss as inconsequential whatever good others point out that he has done, even though these matter plainly be what defines his life. Am I not distorting facts? Have I told any lies? No. Have I distorted any facts? I have done nothing else.

Another illustration—this one I gave at the meeting when it was my turn to comment—was that if there is someone in the audience who hates beets, I will not be able to argue with him that beets taste good. It is something that is beyond the scope of argument and I am proving myself pretty dense if I persist in trying. In the same way, the verse says: “Taste and see that Jehovah is good.” Some have tasted and seen that he is bad. It’s not something that is subject to arguing.

My 30 seconds were up and you can’t keep raising your hand like a jack-in-the-box. But if I was to extend the thought here I might point out that I love cake. It tastes good. That’s why I love it. Imagine my surprise upon coming here on the all-open forum and discovering some dissing cake. How is that possible? Upon probing, I find that it is because the sweetness of sugar does nothing for them, so they just drop down a notch and focus on how you can get cavities and put on weight with cake. Well, yeah—if sugar did nothing for me, I too would drop down the list and harp on these other things.

So it is with the ‘sugar’ of the Bible’s message. This is what does it for Jehovah’s Witnesses—that unique combination of accurate Bible teachings along with the united brotherhood that comes with it—a unity and love unparalleled—and a satisfaction of knowing that one is cooperating with God’s intent of declaring his name and purposes. But if for some reason none of that should matter anymore, than what is there left than to drop down a level and promote some complaints to first place? It is what the opponents here do. Is that not a distortion—the reprioritizing of facts? We tend to carry on here as though facts are islands unto themselves. They’re not. They are more like the ingredients of a cake—they work together. One’s appreciation for the baked product will depend entirely upon one’s taste for the different ingredients.

And that is of facts that are presented accurately—as many are not. For example, a Pew survey lists Jehovah’s Witnesses as bringing up the bottom of the income chart—collectively they are the financially poorest. A fact? Yes. Opponents take that fact to suggest that Witnesses are deadbeats, some by nature, and some made so by a controlling organization. A distortion? I think so. When I wrote a post on the topic I stated that, in view of what the Bible consistently says about money and the love of money, any group not toward the bottom of that list has reason to hang their head in shame. Their high placement affords proof that they do not practice what they preach and they do not trust what the Lord says.

As to the Watchtower’s own statement, ‘lies and distortion of facts’—it might be more technically accurate if rephrased as ‘distortion of facts and lies’—I am not necessarily a fan of how the warning is made—but in the end, is it not the same thing? Consider:

”Is it really so that?”  (a distortion of truth, designed to plant doubt)

”for God knows that in the very day of your eating from it...” (a bit of both, but mostly a distortion, for it impugns God’s motives)

More is distortion than outright lie. But it amounts to the same thing. In fact, the distortion is worse than the lie, in most cases, for without the distortion to ‘prime the pump’ the lie itself will often be spotted and rejected out of hand.

It is really impossible to successfully argue against their facts without also arguing against their priorities, their “tastes.” And since the latter is plainly impossible, it does make one reassess one’s time spent in doing so.