From time to time I have appended comments on Introvigne’s Bitter Winter tweets. He has never responded. In the same manner, I had a brief exchange with George Chrisyddes and he wrote a really nice review of Tom Irregardless and Me that I have made use of. He even said, on my request, that I could use his real name if I wanted, not ‘Ivor E Tower.’ But since then he has not responded to email.

Now, it’s possible these guys are so busy they don’t keep up with their own posts upon writing them. Look at their output and you begin to suspect some of them are on hyperdrive. It may also be they think I am a yo-yo. My early books were very choppy, though I have cleaned them up since. But since Introvigne has stated he has a soft spot for Jehovah’s Witnesses, it seems odd I should draw no response from him. I have come to think that, as scholars of ‘new religions’ they wish to keep themselves unattached to apologists for any given one. Possibly all the other ‘sects’ have someone trying to get his ear as well.

“Or they just got a little too big for their boots,” says a pal.

Maybe. But I try to see it through what I imagine are their eyes. I am not a scholar. They are. A scholar sets his sites on a topic, makes thorough investigation no matter how long it takes, and writes up his/her findings. A non-scholar just writes up whatever he happens to know. The result may appear scholarly if he knows a lot, but it is a entirely different process. I check out a fact here and there, sometimes delve into a topic that has newly come to my attention, but I am mostly like what the naysayers said of Paul in Acts 17: “What is this chatterer trying to say?”

The word literally means seed-picker. It denotes a bird that picks up a seed here and poops it out there. 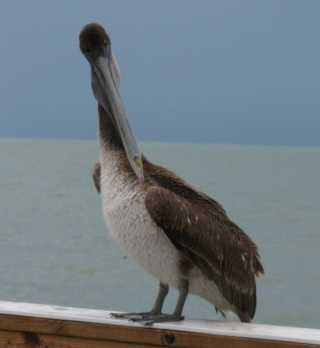 That’s all I’m doing. That’s all most writers do. But it is not what Introvigne and Chrysiddes do.They are scholars.. I think true scholars must almost necessarily keep a certain  distance from apologists, which I am clearly one of. Even Shultz, obviously a fine brother, avoids approaching his work as an apologist, likely so as not to throw away his credibility as a scholar.

I’m sure it doesn’t help that I freely indulge in what I hope passes for riotous humor—anathema to any true scholar.

However, Chrysiddes and Introvigne are scholars of ‘new religions.’ I accept that. If they strive to know what makes Witnesses tick, they do the same with all the other ‘sects.’ I double-down on my feeling that it compromises them to be closely identified with apologists of any faith. Even Introvigne does not want to say something backing up the JW organization only to be dismissed with, “Yeah, but aren’t you a friend of that yo-yo TrueTom?”

“I always wanted to be a scholar but I didn’t know much.”—Garrison Keillor