I'll Stay Where There is a Measure of Sanity

Q: "Since the Organization has received "new light" regarding the 1914 generation, and completely changed their view on this, does this mean that all the former Jehovah's Witnesses who were disfellowshipped years ago for the same view the organization is now teaching will automatically be accepted into fellowship again?"

Of course. It is not automatic, though. Such ones have gone on to other things. What are you going to do, search the globe for them?

If they have not gotten too carried away with their own brilliance, they can apply for reinstatement and providing that that is the sole hang-up, yes, they will be reinstated.

This is not rocket science. It happens all the time. The Witness organization is very open about it. Many times they have adjusted a viewpoint to coincide with what somebody else years ago said. Alas, often that 'somebody else' is long gone. I thnk this was mentioned again on a recent monthly broadcast. John says that they went out from among us 'because they were not of our sort.' Part of being 'of our sort' is acquiescing to the theocratic direction that they signed on for in the first place. (1 John 2:19)

Look, if you want to belong to some outfit where everyone can have an epiphany and then become livid at everyone else for not falling into line, be my guest. I'll stay where there is a measure of sanity. 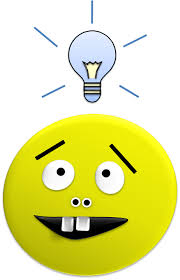 The new online Bible study lessons on JW.org does not directly mention the 144,000. Instead, it says of God’s kingdom with Christ as King: "God also selects others to be associate rulers with Jesus" and adds that "anyone who obeys its laws can be a citizen."

To clarify a little, some care, but it is analogous to the wonks on media absolutely obsessed over the doings of government and all its machinations, imagining that they reflect the interest of the ordinary people whose greatest hope towards government is that it will pave the roads, jail the bad guys, keep a few of its promises, and otherwise stay out of their hair.

A handful throughout history go on to rule with Christ in heaven. Good. It means the heavenly government has more of a feel for humanity than it would otherwise, first indicated by the fact that the King himself did time as a human.

That's all anyone really cares about, as they envision how God's Kingdom will bring relief from the incessant woes and travesties they suffer on earth. I barely go further with the 144,000 unless someone insists on it.

It is even now as one might explain ‘the Lord’s prayer’: “Thy Kingdom come, thy will be done, on earth as it is in heaven.” ‘Sure, God’s will is done in heaven,’ one might point out. ‘I mean, I assume he’s got everything running smoothly up there. But it is ‘on earth’ where we hope to see God’s will be done, as it will be when his Kingdom comes.’ Skewer the Liars Who Slander the Christ

Your opening gambit must always be: everyone online is a liar. How can you possibly know who's who? Anyone can pretend to be anyone. Anyone can use anyone else's photo. He'll be found out eventually but in the meantime you must be 'social network smart'

If a GB member was online, he would not include GB in his username , for the phrase does not belong to him alone. He would also not do it without printed or web material stating beforehand he was using a new channel of communication. He would not change his username like a snake - probably to keep one step ahead of whoever. A cover frame on a video is no guarantee as to what's inside. They do indeed have to fend off many accusations.  'Fake News' is a huge topic in the news today and it is seemingly everywhere. One would think deliberately impersonating and defaming another would be punishable by law.

The Internet is not the congregation. You can't have your own personal congregation there. Where is the channel for spiritual food? Where are the elders? Where are the trusted people you know? So anyone you do not know personally you must assume are liars. To be safest, you friend only those you know.  For better or for worse, I will friend brothers I don't know. As long as they behave, they remain friends, for an internet friend and a real friend is not the same. But I don't quickly trust them and what trust I do extend can be withdrawn in a second, for I can't possibly know them as I would somebody in my congregation.

What do the verses say?

'We ask you not to be quickly shaken from your reason nor to be alarmed either...by a letter appearing to be from us' 2 Thes 2:2. Somewhere there is an article about not jumping to conclusions regarding ones who have earned trust. Somebody find it.

'The thief does not come unless it is to steal or to slay or to destroy' John 10:10

The best videos for protecting children are found at JW.org, for children, for example, here, for teens here. C'mon! Can you really think people who make videos like this are soft on child abuse?

This is a fine (at present and so far as I know - to the extent it is correct, it may have been updated) online resource

It's probably well not to speak with a liar. Do not think others have not done so. With someone not a liar you can discuss and persuade, but not with a liar. Witness discussions online about anything - politics, for example. People do not patiently hear the other side out and weigh the issues. No. They are like football fans. They cheer when the home team scores a point. They wince when it incurs a penalty or suffers injury. But at no point do they suppose the other side is anything more than evil incarnate. 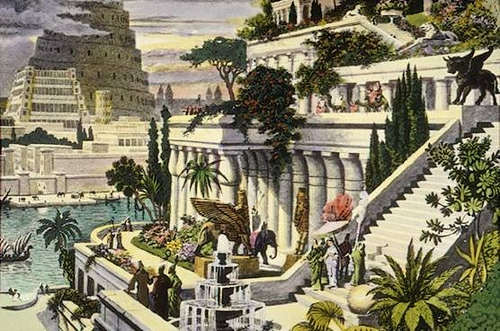 I never could get my head around our previous take on the Babylonian exile. Or care. I mean, a Bible drama fulfilled in a one-year event?

But the new package revealed Sunday makes so much more sense.

'That new point the Governing Body wrote about?' said Mike Tussen's years ago. 'You may have already noticed that point in your studying. And if this were Christendom, you'd run out and start your own religion over it.'

I know it is probably my bad, but I don't care about these things. What's the present understanding? I'll spin it that way out of loyalty. Should the understanding change someday, I'll spin it the new way. It doesn't affect my basic relationship with Jehovah or his Son.

I don't recommend that attitude, or hold it out as some example. But I just can't get too worked up over such things. They are 'cool' but not essential.

Tom Irregardless and Me 30% free preview. After that, we'll talk, your people and mine.