Grab the Altar by the Horns 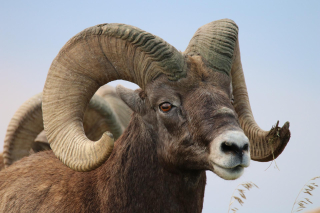 What is it with these guys and grabbing hold of the horns of the altar? It’s enough to think that an altar should have horns, let alone that you can save yourself by grabbing onto them. Twice it occurred in this week’s Bible reading, the first two chapters of 1 Kings:

“Adonijah was also afraid because of Solomon, so he got up and went and grabbed hold of the horns of the altar.” (1:50)

“When the news reached Joab—for Joab had supported Adonijah but he had not supported Abʹsa·lom—Joab fled to the tent of Jehovah and grabbed hold of the horns of the altar.” (2:28)

What! Do they think it’s a good luck charm?

It seems that they must have, and there is a long tradition of miscreants taking refuge in a ‘holy place,’ thinking one will never desecrate the holy place by spilling their guts there. The first I heard of this was in ‘The Hunchback of Notre Dame,’ where an entire chapter was devoted to someone who had sought, and was given, ‘assylum’ in an area of the church. Long as he stayed in that area, the law couldn’t touch him. (Alas, his actual offense, if it was one, I forget. Anyone know?)

The lucky charm doesn’t work for Joab, who is pretty much of a hit man working for David but it turns out he is an ‘equal opportunity’ hit man, grabbing that one trusting fellow by the beard and gutting him with his sword, also running through David’s other son Absolom when his big head got stuck in a tree, in violation of David’s command not to harm to upstart. One other rival he killed as well. The guy was bad news. The horns of the altar don’t save him:

“Then King Solʹo·mon was told: “Joab has fled to the tent of Jehovah, and he is there beside the altar.” So Solomon sent Benaiah the son of Jehoiada, saying: “Go, strike him down!”  So Benaiah went to the tent of Jehovah and said to him: “This is what the king says, ‘Come out!’” But he said: “No! I will die here.” Benaiah brought word back to the king: “This is what Joab said, and this is what he answered me.”  Then the king said to him: “Do just as he said; strike him down and bury him and remove from me and from the house of my father the blood that Joab spilled without just cause. Jehovah will bring his blood back on his own head, for without my father David’s knowledge, he struck down and killed with the sword two men more righteous and better than he was: Abner the son of Ner, the chief of the army of Israel, and Amasa the son of Jeʹther, the chief of the army of Judah.” (1 Kings 2: 30-32)

It actually did work for Adonijah. There he is, his quest for power thwarted, after which he becomes afraid for his head, grabbing hold of the horns of the altar. ‘Look, if you behave, we’ll let you be,’ the new king Solomon tells him. And he does behave for a little bit but only a little bit. ‘See if you can get Solomon to give me David’s voluptuous nurse/bedmate Abishag as a concubine,’ he says to a seemingly clueless Bathsheba—and you begin to think that maybe a woman of more sense would check surrounding lines of vision before bathing in her birthday suit.

If Bathsheba doesn’t have a clue, Solomon sure does. ‘I should give him the concubine?’ he says. ‘Why not also the kingdom?’ Have relations with the concubine of a king and it means you are the new king. That’s why Absalom did just that with all David’s concubines when he was trying to seize the throne from him. It’s only at this conniving that Adonijah is put to death.

Grab hold of the horns of an altar? It’s worth a try. “Honey, did you vacuum the house like I asked?” my wife said. Frantically, I looked around for some altar that I could grab my the horns. It didn’t work. She slayed me right there and then, as though Joab.

Shimei probably had such a wife, because he is the third miscreant to go down, after Adonijah and Joab, and he doesn’t bother grabbing hold of any horns of any altar. He’s the guy that gave David such a hard time when fleeing from Saul. ‘You ratfink!’ he hollers, throwing stones at David and his men. ‘Let me take his head off,’ Abishai urges David, but the latter as much as says, ‘Well—maybe he has a point,’ and just keeps trudging along, stones bouncing off his helmet. His son has chased him out of town, he is fleeing for his life. We cannot know how much God’s rebuke that he would humiliate David as a consequence of his killing Uriah so as to take his wife weighed upon his thinking. At any rate, God was allowing his present distressing circumstances. Who was he to tell God what to do? Twice while I was writing ‘TrueTom vs the Apostates,’ the GB refered to that passage. I took from it that they were accepting the modern stones thrown at them as though discipline. Years later, Abishai wants to strike him down once again. David holds him back. (2 Samuel 16:5-13, 19:21)

There is to be a day of reckoning, though, for Shimei. “The [Solomon] king then said to Shimei: ‘You know in your heart all the injury that you did to David my father, and Jehovah will bring back that injury on your own head.’” (1 Kings 2:44) He pays the price once the kingdom of Solomon is established. During the warring king’s lifetime, David gave him a free pass.

The Governing Body applying to themselves the taunts and insults of Shimei? Warring king David  lets him be, but his successor, Solomon, the king of peace, promptly calls him to account? And even gives him a form of asylum, which Shimei violates, triggering his own death? Put me in charge of antitypes. I haven’t even begun to play with how the organization holds back from apostate attacks today, contenting themselves only to fend off legal assaults, but once crunch time comes and the ‘Come, Lord Jesus!’ is about to ‘Stand up’ enemies go down as did Shimei. And—once again consistent with type/antitypes, they would know there is barely any point to grabbing hold of the horns of the altar so they wouldn’t do it.

Three enemies go down to conclude the 1 Kings introduction: Adonijah, Joab, and Shimei, after which “the kingdom was firmly established in the hand of Solomon.” (1 kings 2:46) Sort of like a trinity that bites the dust. Oh yeah, dust off my resume as ‘Assigner of Antitypes. Go for it, Tommy.

At the New System Dinner Table

“Well, here we are at the New System dinner table. We’ve regaled each other with stories of how we all learned to get along and not take offense at each other’s stupid foibles before the world went more nuts than usual and how it all came in handy later on. And now—knock me over with a feather!—here with us is one of the faithful ones of old. Bob, we know you were a guard but you can uncuff him. He’s okay. (Sorry, he’s still learning to be trusting.) We all have so many questions to ask.”

Mephibosheth: Yes I can see you all have many questions. And I’m ready to answer them. Fire away. Do you want more details on how I said about that liar Ziba who tried to flimflam me, ‘Let him take it all!’ because I was so overjoyed that King David (who foreshadows Jesus) had been restored to his throne? Pretty slick move, huh? Want to know more about that?

Tablemates: Not just yet.

Mephibosheth: Well, what then?

Tablemates: What we want it know is, what in the world were your parents thinking when they gave you the absurdly unpronouncible name Meshibofeth? And why didn’t you change it when you came of age? Did you notice how even Brother Malenfont flubbed your name at the Regional? Brother Malenfont! who doesn’t flub anything! He flubbed your name! Seriously, how did you get named that?

Mephibosheth: Well, I’ll tell you. It was just one of those things. Does that answer your question, Tom?

Mephibosheth: Good. And now I have a question for you.

Mephibosheth: Did you really bust out laughing when you gave that Bible reading with my name four times in as many lines so that Charlie quipped he thought the earth was going to open and swallow the whole congregation because he had never heard someone guffaw during a Bible reading?

Tom: Uh—well—I didn’t really guffaw. I just chuckled a little. I mean, I’d worked so hard on getting your name straight—it was there seven times in the talk, and I did get it straight at first but then in that final passage I messed it up, and—uh—it was sort of involuntary. I didn’t mean it. Sorry.

Mephibosheth: That’s okay brother Tom. Here’s a verse for you that was in today’s WatchtowerStudy. It’s from Luke 12: 47-48:

We know you’re a clueless dope and you don’t mess up on purpose. Of course you are the one who doesn’t ‘understand’ because you don’t understand anything. So we’ll just beat you with few.

Mephibosheth: You can call me Phib. 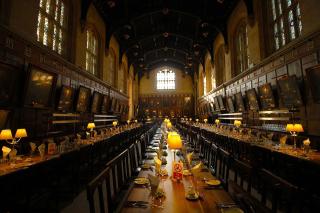 To be continued: here