How Does it Work that ‘Jesus Died for Our Sins?’

One reason I became and remain a JW is the gift of explaining just how Christ’s death works. Everyone else must settle for a sloppy “Jesus died for our sins to show he loves us.” Pulls on the heartstrings, I guess, but it seems more than a little fuzzy intellectually. Only JWs (to my knowledge) can explain just how that death benefits us. It is right to highlight it:

Note how it all hinges on Adam. You can’t throw away Adam to chase after the evolutionists, tempting though that may be. Keep him as a metaphor if you absolutely must, but keep him. Maybe seeing how everything hangs together by keeping him will be enough to reconsider the “science” that says he is fairy tale.

I’m all for science. I really am. Pour me a double shot of it. 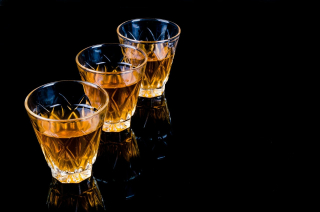 But it is supposed to serve us, rather than we serve it. I hope I can think a little out of the box when “science” says nothing remains beyond the grave. Why the “science” in italics? Because it remains a tool of discovery, a valuable tool indeed, but not the only tool, nor even the most important one.

Writing of certain branches of alternative medicine, Dr. McCabe states (roughly): “These methods, thousands of years old, are unproven by science not because they are untrue, but because of the limitations of science.” Exactly. When you can gather material into contrasting groups, the only difference between them being a single variable, and perform repeatable experiments upon those groups, science is at its best. Not all things lend themselves to such easy classification and repeatability. “Science” in the absence of such attributes becomes little more than speculation, hardly worth discarding the spiritual things which carry far greater benefit.

You don’t even have to toss out all that the evolutionists say. Let scientists be scientists and Bible students be Bible students. Micro-evolution, that essentially amounts to variation within a “kind?” Sure, why not? It is little different than animal husbandry, which people have known about for ages. Maybe you can even play with macro-evolution some. More dicey, but maybe some aspects of it can be accepted. But life arising from non-life, “abiogenesis” it is called? No.

Just make sure you keep Adam in the mix some way, some how, and you retain the key for unlocking just how Christ’s death works to save humankind.